Lead your crew in an airship carrying supplies and travel to a kingdom in need!

In a kingdom far away, the king has fallen ill and can only be cured from a potion that you possess. Assemble a crew, pick a ship, ready your rations, pick your favourite hat, and set sail across forests, seas, and mountains in order to be the one to cure the king and receive all the riches and glory you can imagine! During your journey, events of all sorts will happen and you have to make decisions that might affect your crew's wellbeing. You're also responsible for managing the rations of your crew and setting the pace of your ship. Run out of food? Stop to hunt, but make sure you have ammo to hunt anything.

This game was developed in Unity for the PC as a college assignment. This is a resource management game where players try to reach their destination with at least 1 crew alive. A team of 4 artists, 1 designer, and 3 programmers worked on this game for 3 months. Throughout the 3 months, the team was learning how to use Unity in C# while developing the game. The project suffered from a scope that was too large and there was not enough time to balance and polish the game so it may suffer from a few bugs and optimization issues. In the middle of development, it was also discovered that team members were using different project settings. Design-wise, since it was a data heavy game, we tried to minimize the amount of text shown in the GUI and integrated controls as much as we could to the ship itself.

This game was many firsts for me; working in Unity, using C#, working in a group and holding the Lead Programmer role. Being a leader helped me learn that I have to be aware of the project's progress at all times and to ensure that the project's scope is within the team's means. I made the mistake of pitching the design of the game without knowing the amount of content required. However, due to the nature of the game, I learned how to save game data, manipulate strings, and use the UI system of Unity early on in my studies which equipped me with plenty of knowledge for future projects.

This game is available to download at the bottom of this page.

<-- Back to Chan Yuen Theng's portfolio

Below are the details and my thoughts on my contributions to this project.

2. Extract the files from 'Wayward Winds.rar'. 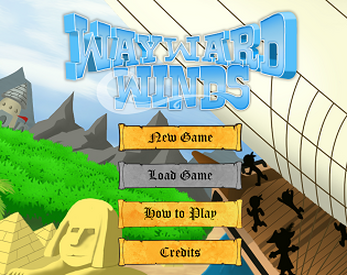 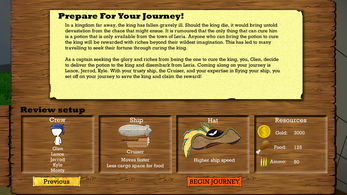 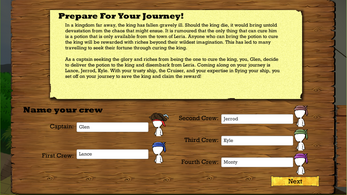 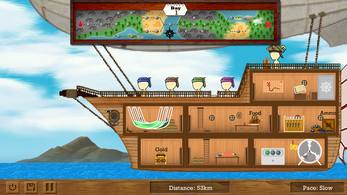 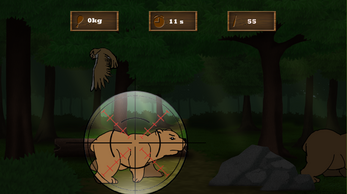 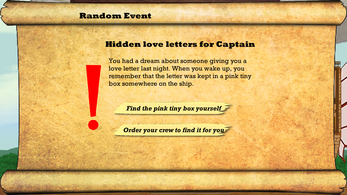